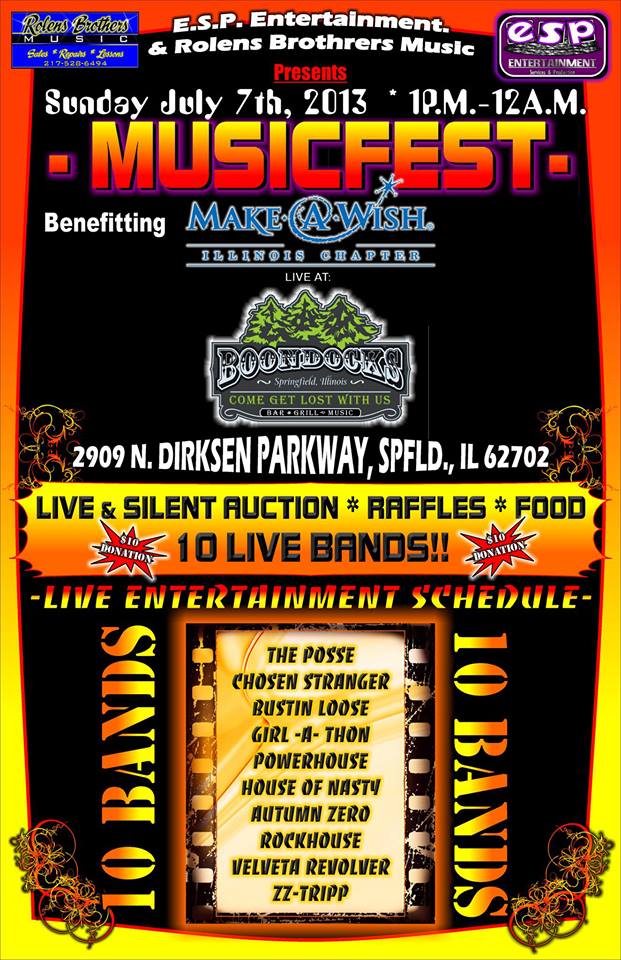 Springfield’s ZZ Tripp with Brad Alan (as Billy Gibbons on guitar), Dan Kress (as Dusty Hill on bass) and Tom Summerlin (as Frank Beard on drums) gives ZZ Top a tremendous tribute treatment. With songs “structured like their studio work, but with some of ZZ Top’s signature live elements added in,” the trio spans “over 40 years of ZZ Top’s greatest songs, as well as some of their obscure songs that should have been hits,” making this central Illinois band look, sound and act like, the world famous threesome from Texas. The notion started in mid-2009 and by that September, Brad and Dan made the big commitment to grow beards. With incomparable aid from drummer Gordon Carvalho in song structure and stage training for the first year and a half, the guys were joined in public performances by drummer Rob Ross before settling in with Tom in 2012. ZZ Tripp has since played a variety of local venues, plus performed a series of Florida shows, properly portraying, “the best little blues band out of Texas.”